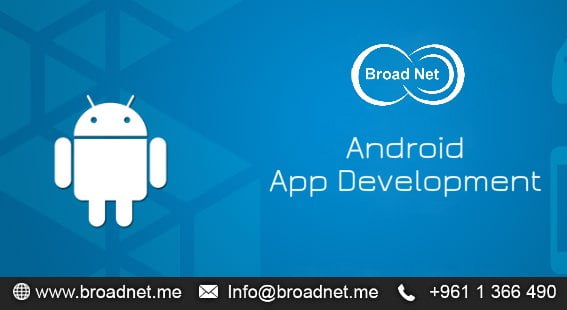 BroadNet Technologies is an old hand in developing Android apps in the industry. The thriving IT Company has won the spurs as a successful Android App developer. Over the years, BroaNet has successfully developed hundreds of effective and high-grade Android apps for worldwide customers in according to the exact needs and preferences.

“At BroadNet Technologies, we are armed with a team of gifted Android UX/UI designers, developers and mobile strategist who are committed to offering prized Android development services. The Android App developers keep a tab on the fast-changing mobile technology and achieve the innovative technology needs by developing Android apps according to the strategic business objectives. Our developers even have the gifted far-off knowledge of technology to a certain extent, which means if you just have any idea for the future Android App, they will indeed turn the potential initiative into a reality. So whether your app is targeted to consumer market or enterprise, you can count on our developers to develop the unmatched Android app on a shoestring,” said Rabih Farah, CEO, and Founder of BroadNet Technologies.

With a wide range of Android operating systems as well as screen resolutions, BroadNet Technologies has a mastery of developing Android Development Solutions for the rather scrappy Android industry. Our developed Android Apps have been downloaded by a mass of users, which implies you to pin faith on our immense know-how and experience.